-A A +A
Public Industry Staff 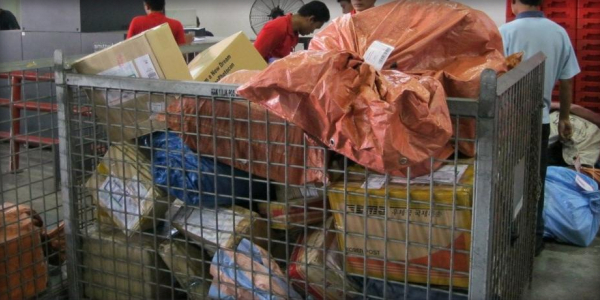 Pharmacy Enforcement Division, Ministry of Health (MOH) Malaysia alongside 236 other enforcement agencies from 115 countries took part in a global operation from the 9th until 16th of June 2015, targeting the criminal network behind the sale of fake medicines via the internet. During the operation, 20.1 million harmful medicines worth approximately RM300.9 million (81.1 million USD) was seized worldwide.

Operation Pangea VIII organized by Interpol has been the largest internet-based operation conducted internationally, involving collaboration among enforcement agencies of participating nations and private companies involved in internet-based trading. This operation targeted three (3) main areas of the illegal online medicine trade including the Internet Service Provider (ISP), electronic payment systems and delivery services. Special emphasis was given towards activities designed to increase consumer awareness on the risk and dangers of purchasing medicine through the internet.

The overall result of Operation Pangea VIII is the investigation and closure of 5,907 websites and social networking sites involved in the sale of counterfeit and illegal medicines worldwide. 149,623 postal and courier packages were inspected by the enforcement agencies involved, of which 50,068 packages were seized.

In Malaysia, this operation involved co-operation from the Ministry of Health, The Royal Malaysian Customs Department (RMCD), Cybersecurity Malaysia (CSM) and the Malaysian Communication and Multimedia Commission (MCMC). A total of 295 websites and social networking sites selling unregistered or adulterated medicine, and un-notified cosmetics were investigated and action was taken against the offenders.

Enforcement activities such as inspections and raids on vendors and business premises involved were among the enforcement activities conducted during this Operation. Inspections were also carried out at all major entry points across the country, including postal and courier hubs, airports, border checkpoints, ferry terminals and so forth. During the operation, 45,317 parcels and 130 premises were inspected, with a total seizure worth RM 830,663. From that amount, 283 were postal and courier packages valued at RM 405,833. Among the most common products seized were sex stimulants, slimming products, adulterated cosmetics and traditional products which were not registered with the Ministry of Health.

Even though Operation Pangea VIII has ended, Pharmacy Enforcement Division, MOH will continue monitoring and enforcing the law to safeguard the safety of consumers. Consumers too, have a pivotal role to play in ensuring that the medicines purchased are safe, of good quality and effective. Consumers are advised not to be easily influenced by advertisements or testimonials available on websites, or merchants offering cheap medicines or products with unsubstantiated claims. Always ensure all health products purchased are registered with the MOH, with a valid MAL registration number and Meditag hologram label.

Disclaimer : Pharmaceutical Services Programme, Ministry of Health Malaysia shall not be liable for any loss or damage resulting from the use of information in this portal.